A Multitude of Miscellany

It’s been awhile, so there’s a lot to cover. Hope you don’t give it the TL;DR treatment!

Astros Spring Training has been underway a little over a week in Kissimmee, Fla.  Both Brian McTaggart of mlb.com and Brian Smith of the Houston Chronicle have been doing a marvelous job covering all the storylines and churning out tons of new content every day.  When it gets closer to the season, we can start playing the guessing game of who will be coming to Oklahoma City as well as previewing potential players.  For now, here are some links to all things Astros and some other interesting posts I’ve recently stumbled upon:

The person I’ve enjoyed reading about the most is new manager Bo Porter.  His enthusiasm and approach is refreshing, and he is doing everything he can to create a winning atmosphere.  My favorite is how he is having the team shake hands on the mound just like they would after a win, except they’re doing it after every workout.  The complex has also been plastered with signs that encompass the team’s core values, such as “The Process”, “27 Outs. No More.”, and “W.I.N.” (What’s Important Now). From what I’ve seen, it’s almost like Astros staff has created a college-like envirornment, which makes sense due to the youth and inexperience of the team.

I’m a big college basketball fan, and I had a bit of an ah-ha moment about a week ago. While watching an Indiana game, I realized the similarities between Bo Porter and Indiana coach Tom Crean are astonishing.  Both were charged with leading extreme rebuilding projects.  Both have unbridled enthusiasm. Both knew it was really going to be about a process and success would not take place quickly.  Hopefully, like Indiana, Bo and the Astros will have a ton of success a few years down the road.

Back in Oklahoma City…

I just counted, and as of this posting, we’re 43 days away from Opening Day. As you might imagine, things are pretty busy and will only continue at a breakneck pace as we move closer to April 4.  Lots of changes are happening in and around the ballpark, and we’ll take a closer look at all those in a future post.

A big part of the RedHawks success is a strong gameday staff. Last weekend, the RedHawks hosted a job fair in order to hire some eager folks looking to fill customer service or food and beverage positions.

Members of the food and beverage staff grill potential employees (Haha…get it???)

Even though the job fair was a success, it’s not too late to apply if you’re still interested in working for the RedHawks.  There will be one more job fair session this Saturday, February 24 from 2-4 p.m. Click here for all the details.

I am pleased to announce the addition of Lisa Johnson to the RedHawks media department. Lisa will be instrumental in helping me in all facets, save for the game broadcasts.

I was very fortunate to be able to find someone with Lisa’s experience and enthusiasm. She is a Des Moines native who grew up going to Iowa Cubs games and would even cover the team from time to time for the Des Moines Register. The last couple of years she served as a Sports Information Director at Wichita State University, working with the men’s basketball, track, and cross country teams all while earning her master’s degree.

Quite frankly, though, all you need to know is that she is an alumnus of the University of Iowa and is a Big Ten product like yours truly. It goes without saying we are proud to hail from a conference that produces the best and brightest like none other.

Lisa Johnson is a Hawkeye and a Shocker. Dare I say…a Shockeye?

Last week I read a press release about all the managers in the International League. Unbeknownst to me, Phil Nevin is the manager of the Toledo Mud Hens and has held that post the last couple of years. Nevin had a successful, 12-year Major League career. His name was bandied about quite a bit last summer when the Astros had the first overall pick in the draft.  The last time they had that distinction was in 1992, and they used the pick on a Golden Spikes Award winner from Cal State-Fullerton….Phil Nevin.

My only interaction with Nevin is a bit of an amusing one, and it happened way back in 2002. I was in high school and working as a bus boy at an upscale restaurant co-owned by Hall of Fame shortstop Ozzie Smith. As a result, Cardinals players from the past and present would occasionally come in.

Shortly after Darryl Kile tragically passed away that summer, players from all over the country descended upon St. Louis for his memorial service. Around that time, a group of players and their families came in for dinner, and Nevin and his wife were part of the group.

One of my duties as a busser was to go around with a basket of fancy artisan breads and offer them to guests.  I get to Nevin and tell him the options, and before I can serve him, he reaches in with his bare hands and grabs a few different kinds. His wife did a facepalm and apologized, but I thought the whole thing was hilarious. I mean, it’s not every day a big leaguer infiltrates your bread basket!

What A Difference A Year Makes

The purpose of this blog is to give an inside look at the RedHawks, with a bit of a personal touch. However, I try not to make it about me. After receiving a particular email last week, I can’t but help share a story that made me reflect on how things have changed over the past year.

For those of you who don’t know, I spent 2007-2010 with the High Desert Mavericks, the High-A affiliate of the Seattle Mariners. After the 2010 season was over, new ownership came in and decided that it wasn’t worthwhile to employ a broadcaster anymore. Honestly, I was fine with that. I had come close to landing some jobs at a higher level and was ready to move on.

It quickly became an example of “be careful what you wish for.” After barely finding any open jobs in line with my experience, I was out of baseball during the 2011 season. I moved back to St. Louis and worked a couple of different communications jobs. My search mostly focused on college sports, and although I had some good interviews, no offers materialized.

At that point I felt like my career might be on life support. Anyone in the broadcasting industry will tell you the longer you don’t have a regular on-air job, the harder it will be to get back in. It can be done, but it’s awfully tough.

Last February I heard about a contest the Cardinals’ flagship radio station was hosting. The winner would have a chance to go down to spring training for a week and act as a corespondent for the radio station.  I figured not only would I have a chance to get back on the air, but I could do some networking as well.

I breezed through the audition and was selected as one of 10 finalists. The only problem was the winner would not be selected on skill, but by popular vote. Although I knew I was the most skilled–not to brag, but it’s the truth–I had to troll for votes anyway I could for two weeks straight. A lot of people positively responded and did everything they could to help, but it wasn’t enough in the end.

Literally an hour or so after I found out I didn’t win, a funny thing happened: I got a call out of the blue from the RedHawks. Apparently my name had been passed along by someone who interviewed me for another position with a Double-A team. A few phone conversations later I had a job offer and was on my way to becoming a Triple-A broadcaster.

Someone recently told me KMOX is hosting the contest again this year, and that’s why it got me thinking. After over a year of not being able to catch a break, I caught a big one, and it came out of nowhere. I know it’s hard to have perspective when things aren’t going your way, but it goes to show you just never know when your life will change. A year ago I was living with my parents and pondering a complete career change. Now I get to share this story with you. (All three of you who read this.)

Sorry to get all personal there. Thanks for reading.

Love the blog….welcome to OKC and keep up the good work. I’m also an STL-area transplant (Granite City) who grew up loving baseball and the Cardinals. A lot easier now as a Redhawks fan to have some “organizational loyalty” now that the Astros are in the AL!

Thanks for the kind words. My father grew up in Granite City as well.

I must be one of the “three”, but I always enjoy seeing what you have to share. Thanks for the updates! I’m ready for the season to begin! 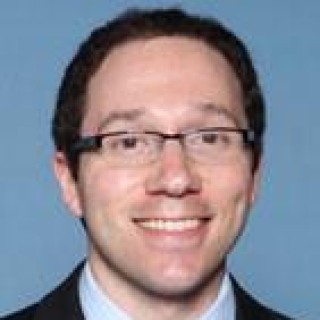